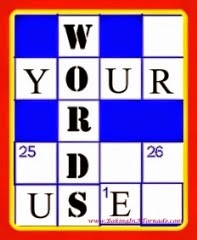 Today’s post is a writing challenge. This is how it works: participating bloggers picked 4 – 6 words or short phrases for someone else to craft into a post. All words must be used at least once and all the posts will be unique as each writer has received their own set of words. That’s the challenge, here’s a fun twist; no one who’s participating knows who got their words and in what direction the writer will take them. Until now.

At the end of this post you’ll find links to the other blogs featuring this challenge. Check them all out, see what words they got and how they used them.

They were submitted by: Confessions of a Part-Time Working Mom

Here's a little ditty about Jack and Diane.

THIS is the story of Jimmy and Sally.
They had been dating for a couple of months when they decided to take a drive out to the country to do some star gazing and maybe drink a couple of beers.
It wasn't long before they started to have a bit of car trouble. (Isn't that always the case?)
It was a dark and deserted road. (Naturally.)
It seemed as if they were the only people for miles and miles around. (They were wrong. Dead wrong.)
Jimmy and Sally tried their cell phones but unfortunately they were out of tower range. (Of course.)
Jimmy told Sally to stay in the car. He was going to walk to the little house they saw a few miles back and see if he could use the phone. (You know they shouldn't be splitting up, right??)
Sally tried to argue but in the end Jimmy trudged off into the dark. (Had to be that way.)
Jimmy had only been gone a few minutes when Sally heard an ear-piercing scream. (You had to see that coming.)
Sally jumped out of the car and starting running the direction Jimmy went. (Yep, they are always dumb in situations like this.)
She yelled Jimmy's name over and over again. No answer. (Well, duh!)
Sally had slowed down to a walk. She was walking close to the edge of the road when something touched her hand. (OOOH, wonder what that could be!)
Sally screamed and jumped! There on the side of the road was a heart-shaped mouse pad covered in blood. (Didn't see THAT one coming, did you??)
Sally walked closer to the edge of the road.
What was that thing sticking out a bush?
It looks like a shoe! Jimmy's shoe!!!
That was the last thing Sally ever saw. She became the next victim of the Heart-Shaped Mouse Pad Killer!

Links to the other “Use Your Words” posts:

Confessions of a part-time working mom