Our Week in Review : Worms and Pirates 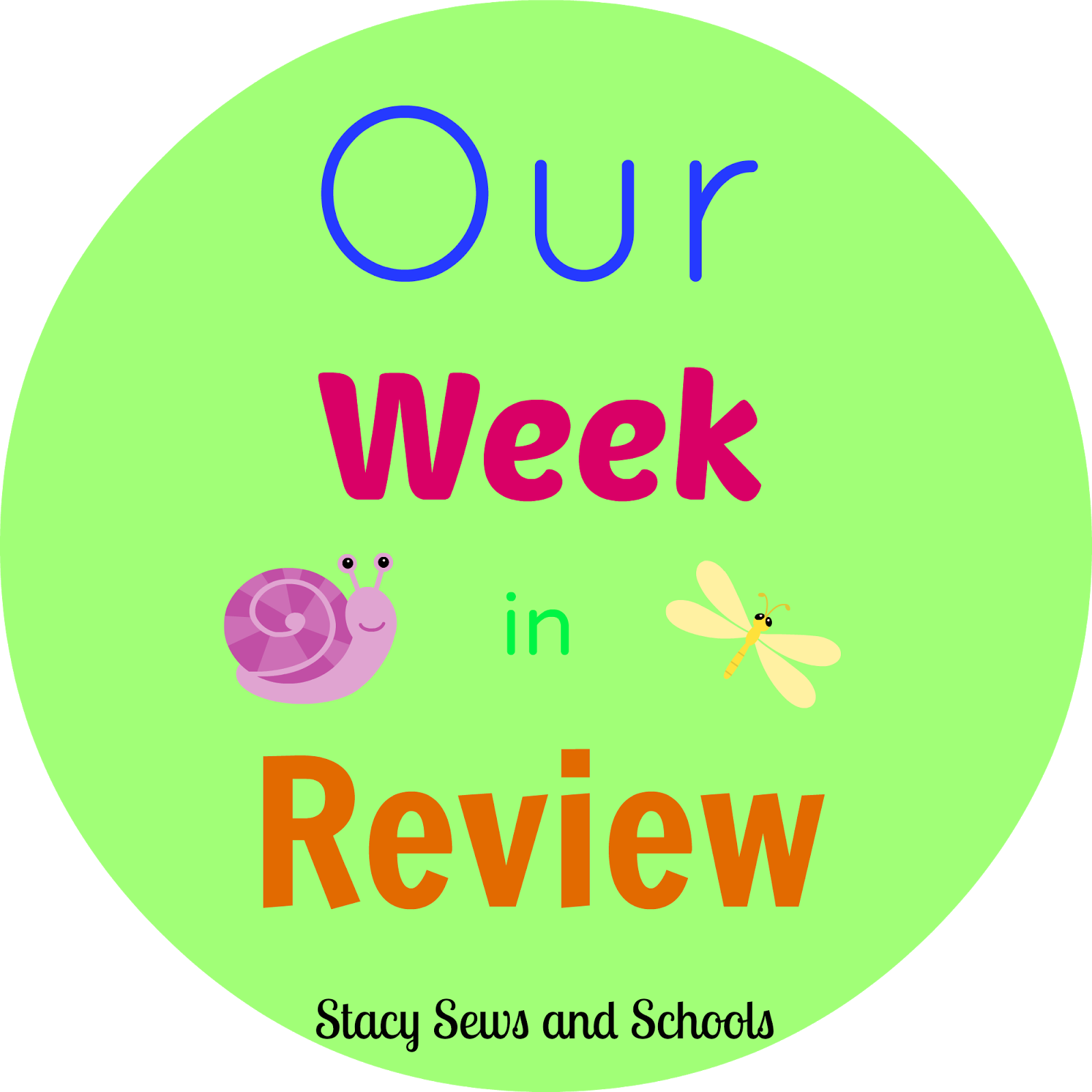 We've had a busy week but it was so much fun!!!  We started worms and pirates! :)


Here are some of the activities we did. 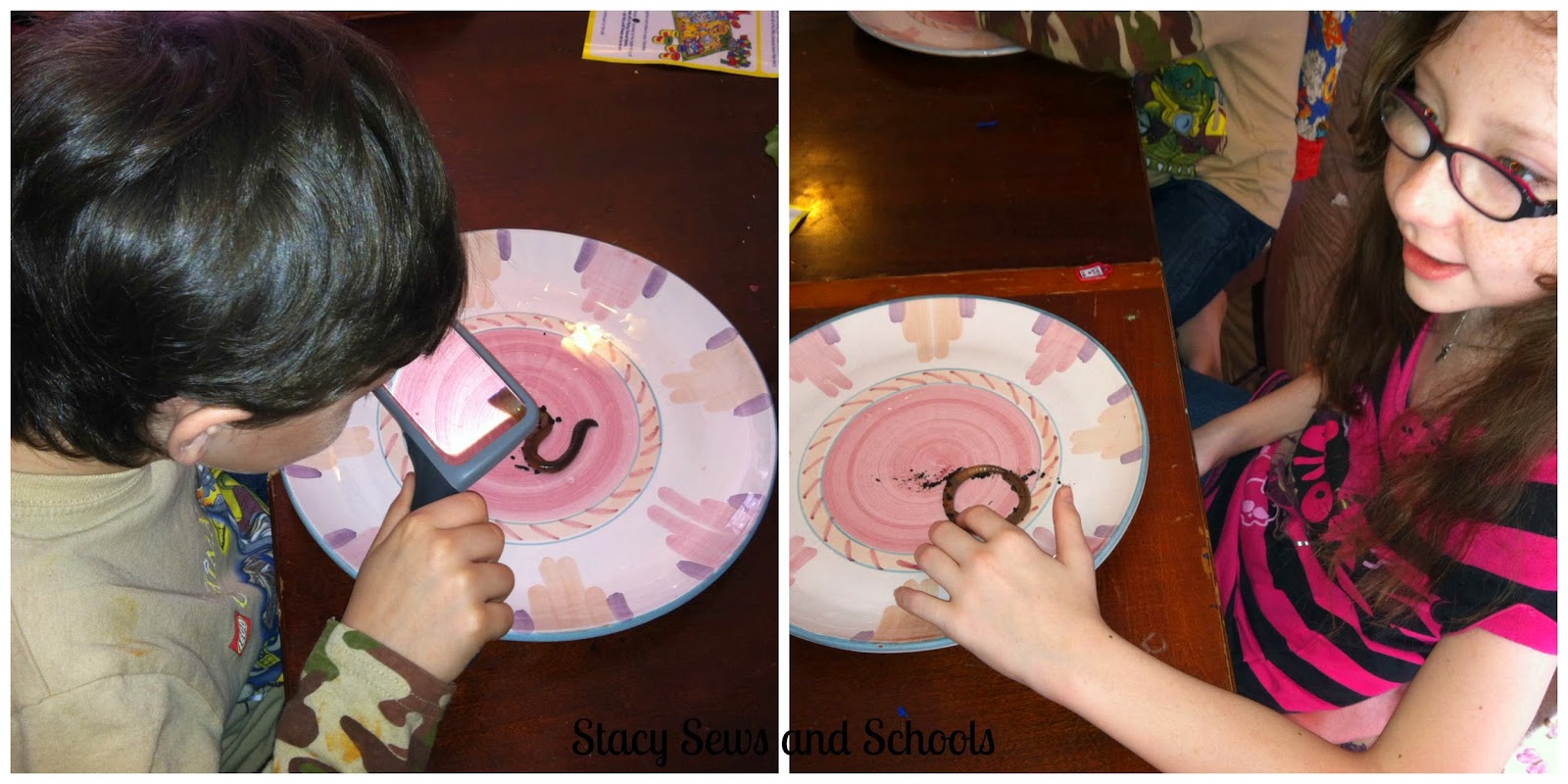 We bought some nightcrawlers at the local market and studied them with our magnifying glasses. 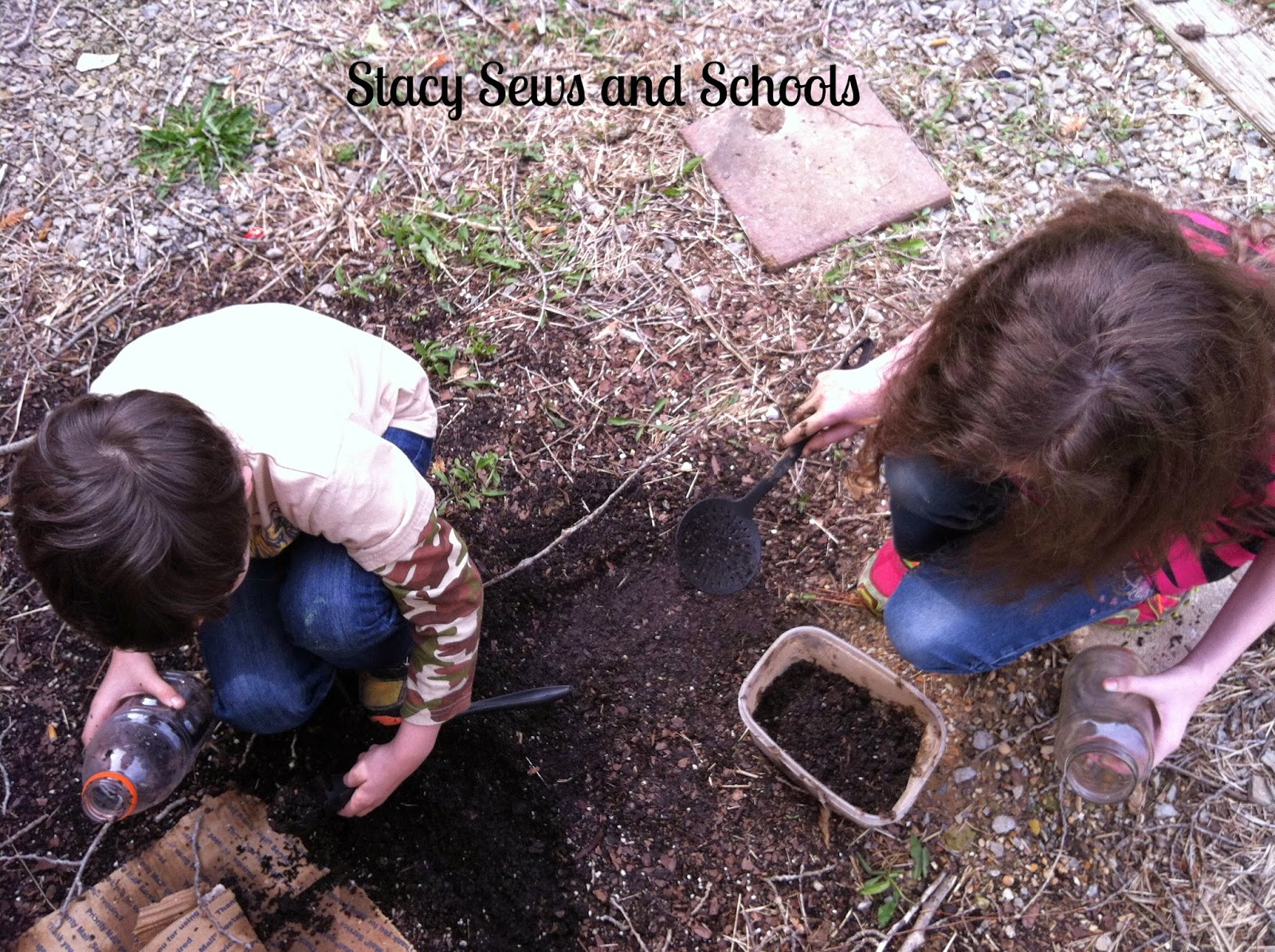 Then we went outside and dug up some earthworms. 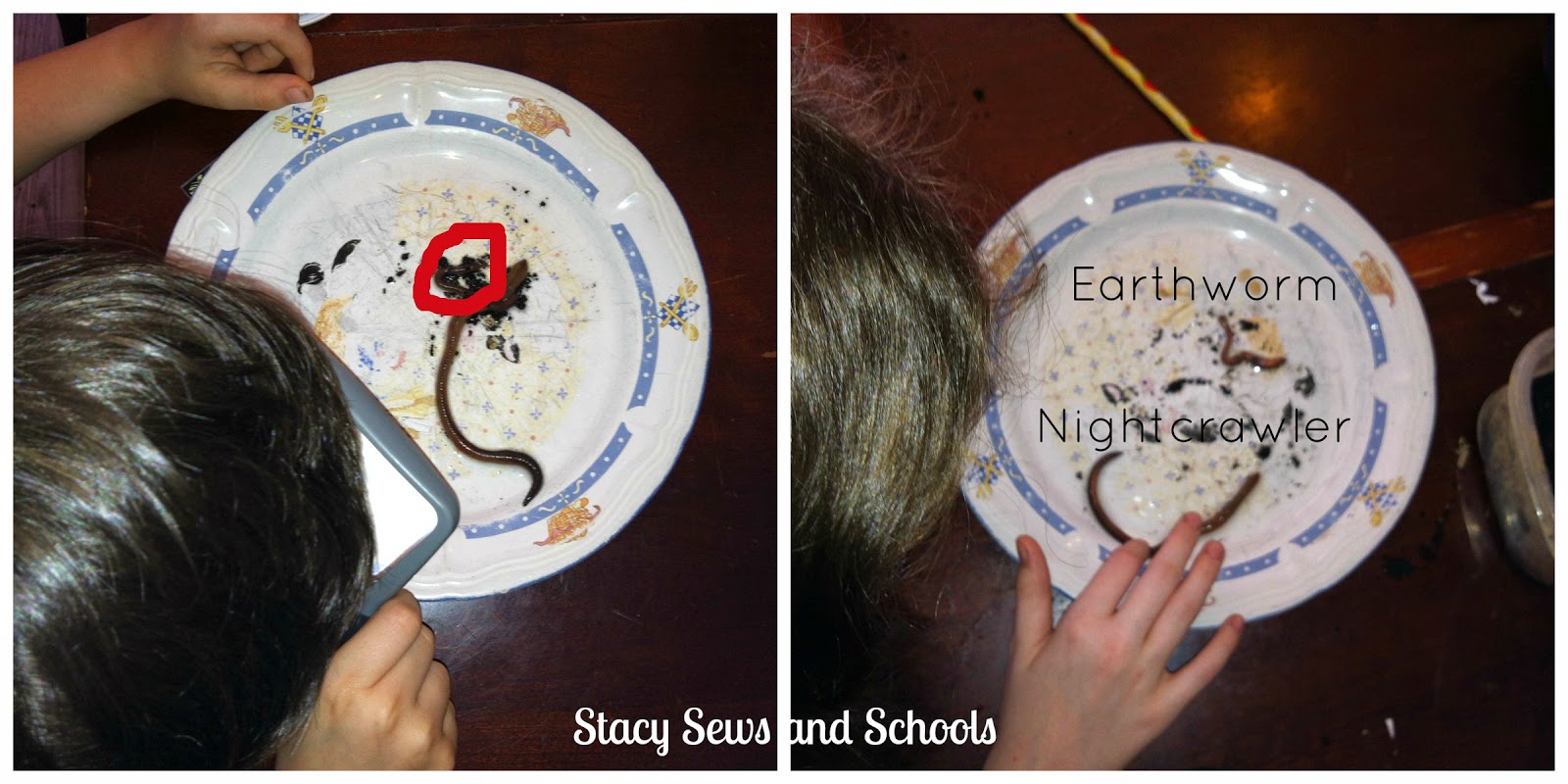 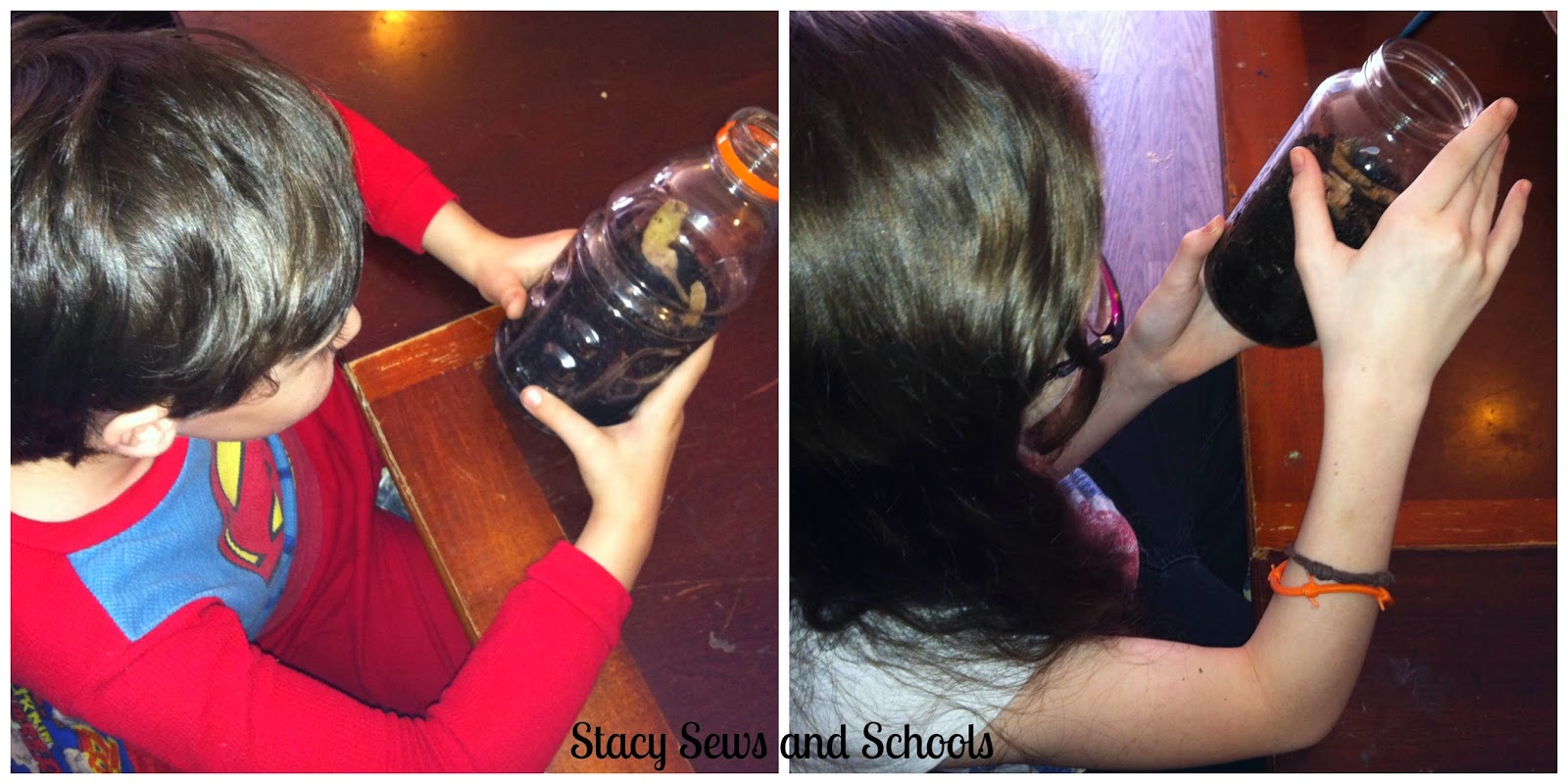 Here they are viewing the worm tunnels. 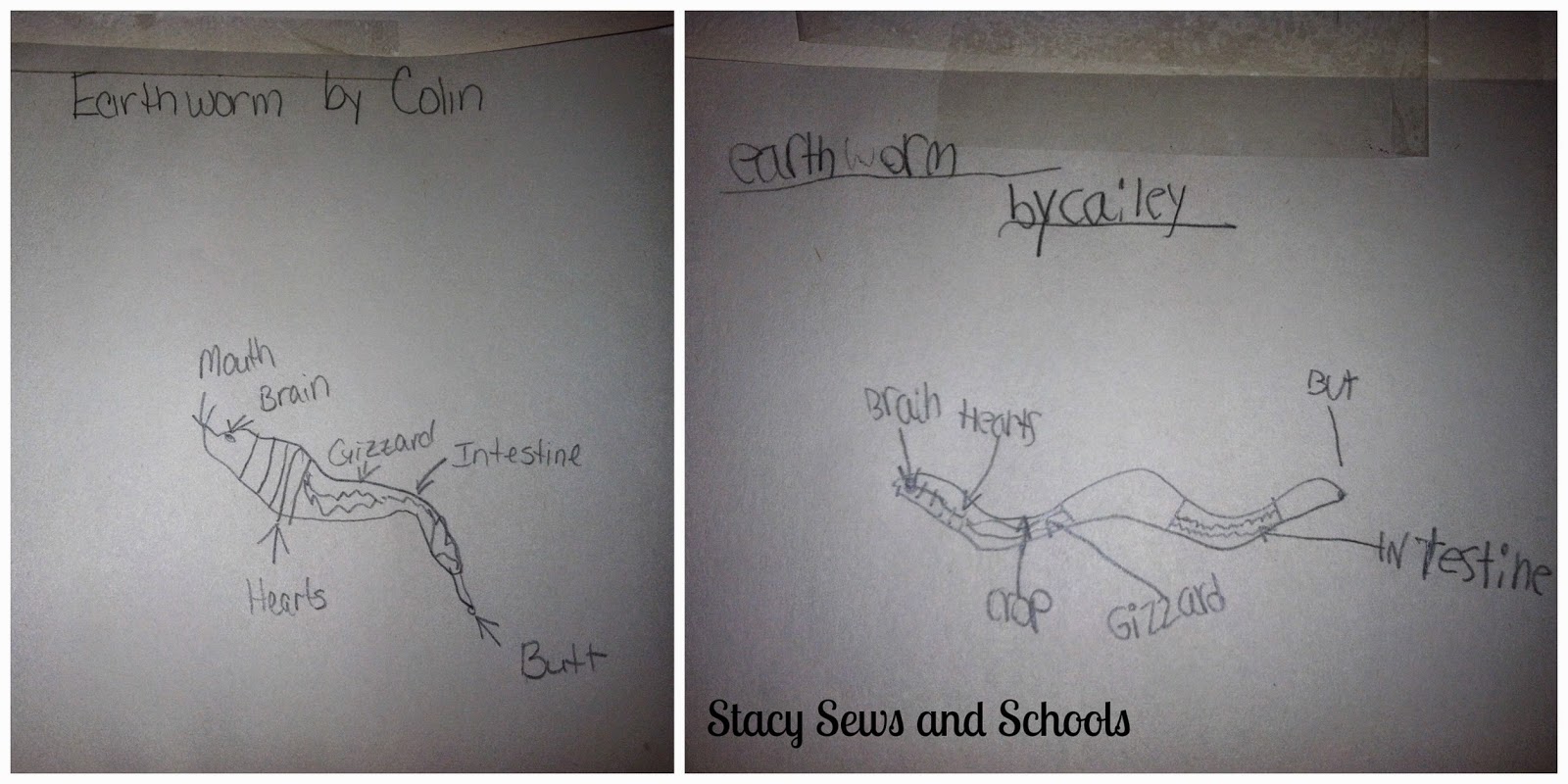 They drew a diagram of worm anatomy after we read Yucky Worms. 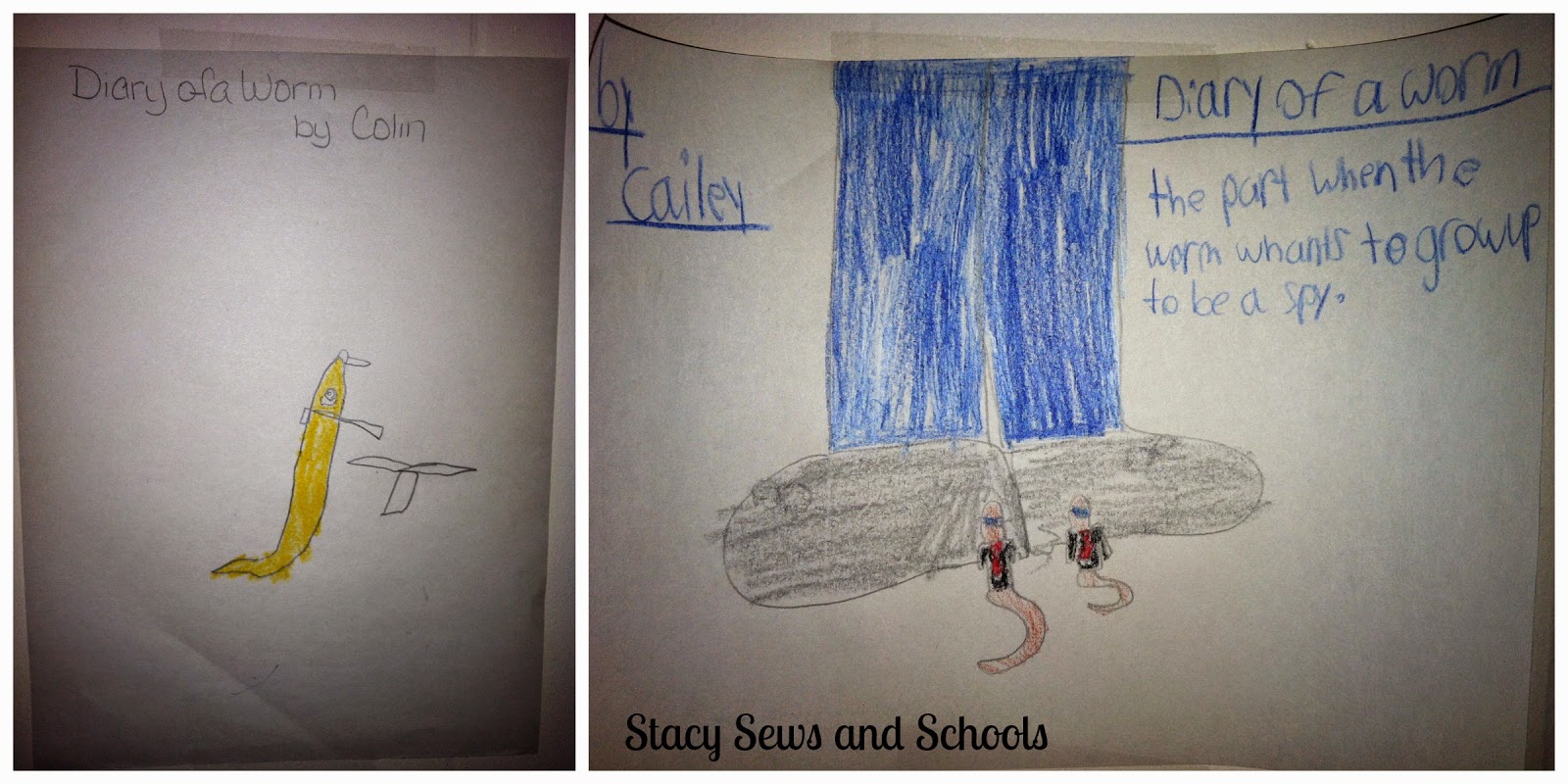 One of the books we read was Diary of a Worm. I had the kids draw a picture from the story.

Our read aloud story for worms is The Worm Whisperer. 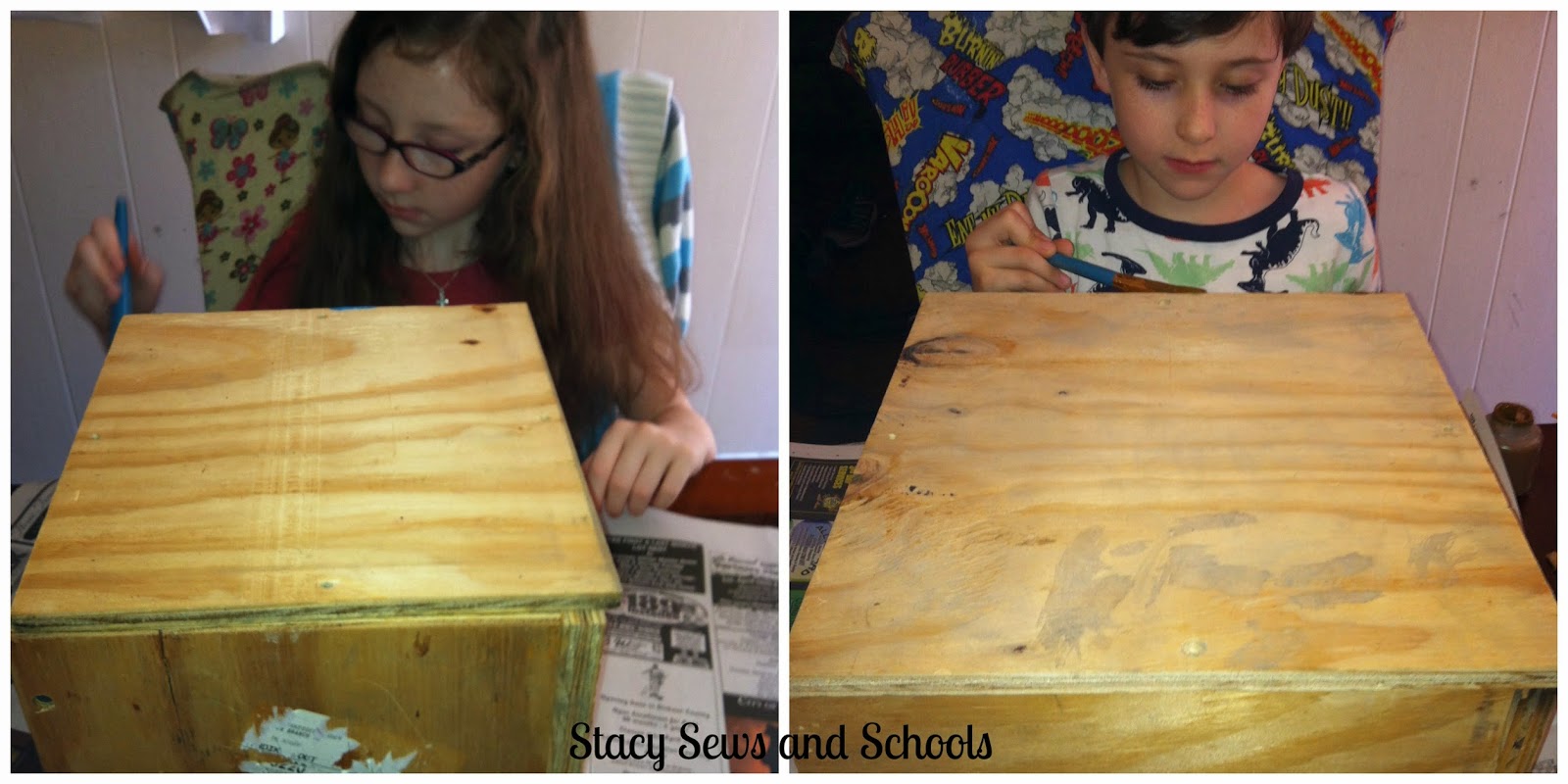 The Hubby brought wooden boxes home from work the other day and I thought they would be perfect for treasure chests! A great way to start our pirate unit! 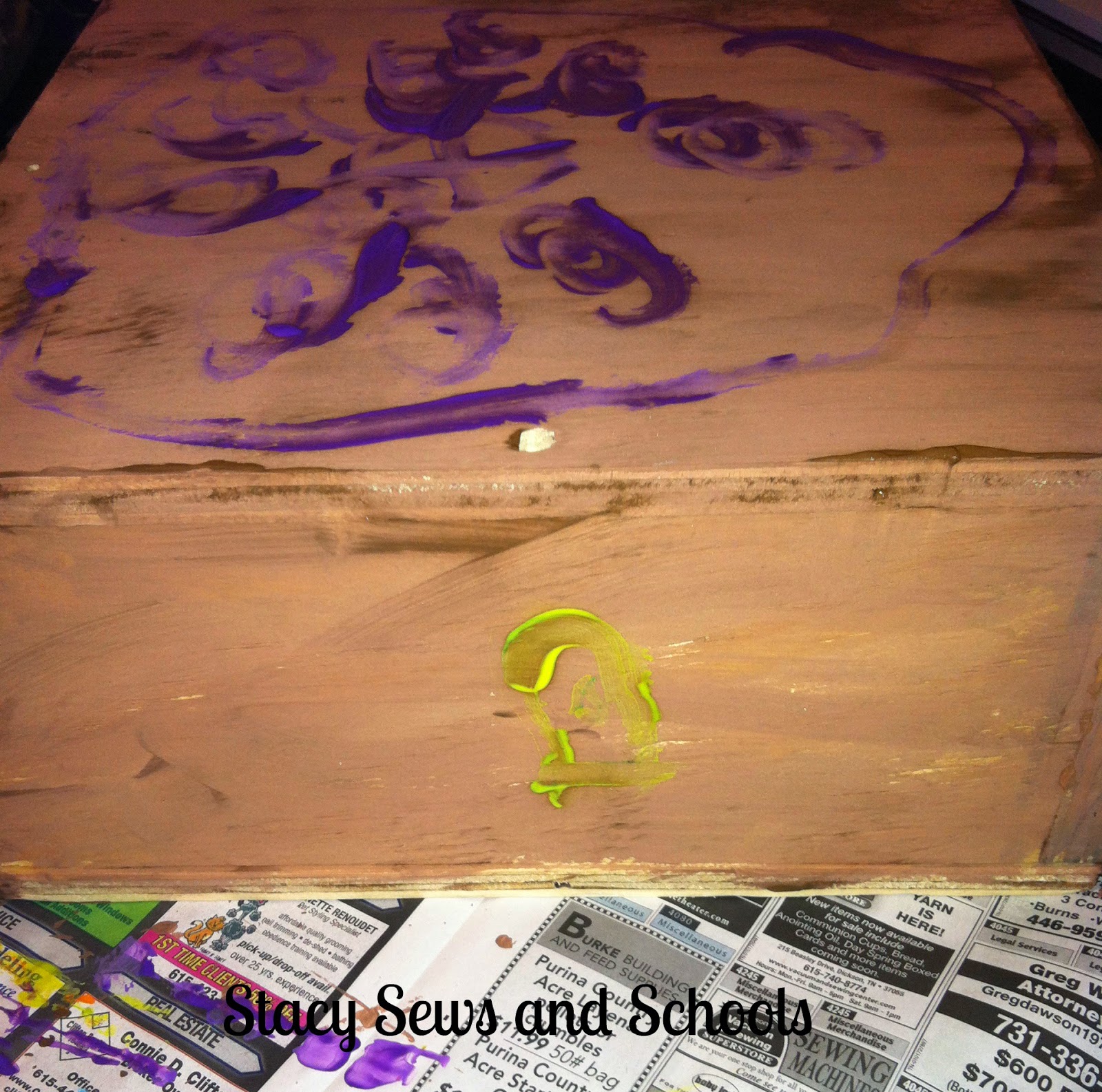 Colin painted his brown with purple designs, adding a "gold key lock" on the front. 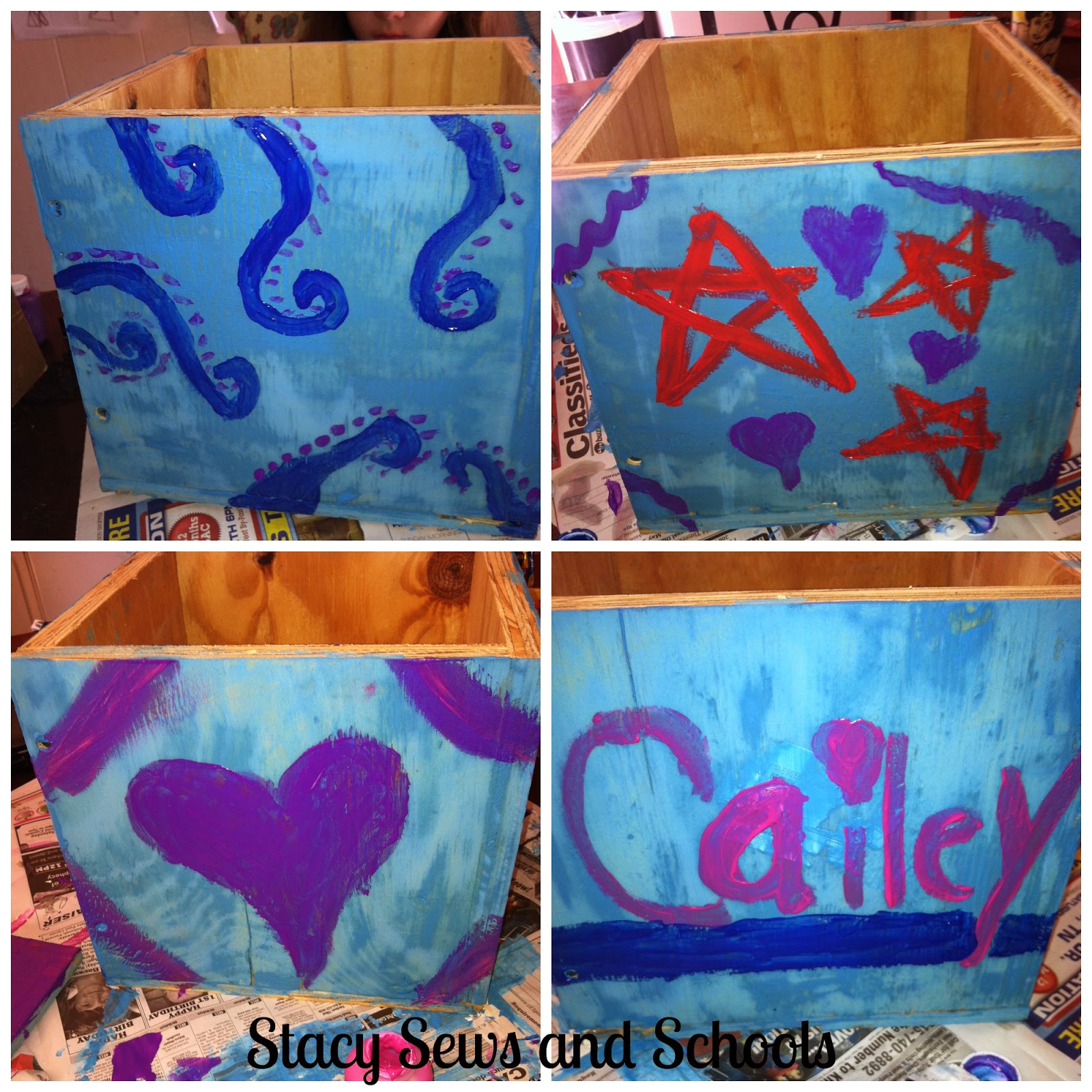 Cailey took artistic license and made hers very colorful. 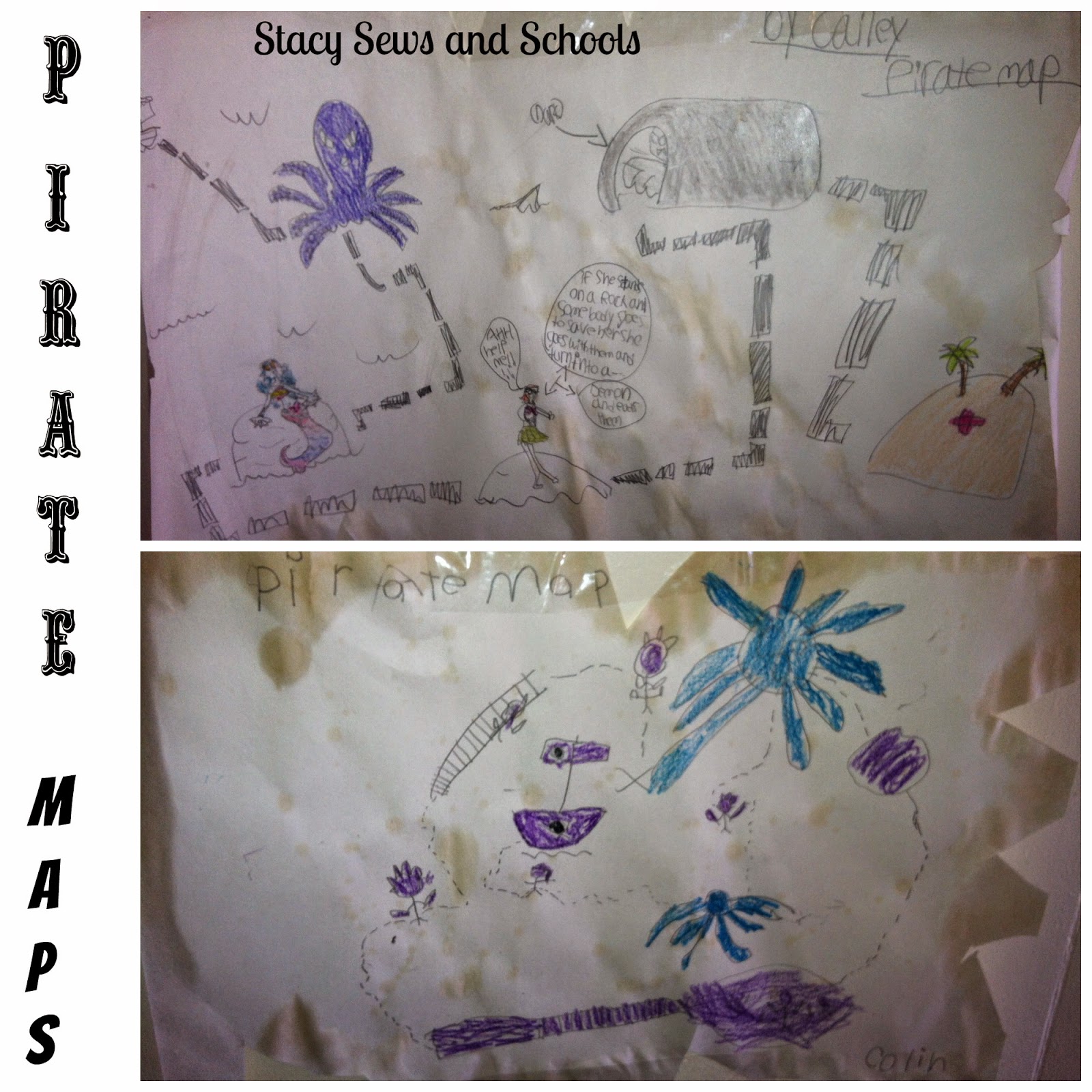 We read Captain Abdul's Pirate School and drew treasure maps! We brushed some tea on them to age them.

Not a bad week! Ok, so it was actually 3 days... We skipped Monday and I am writing this on Thursday. Oh! But we can count our Mud Pies day, right?? We can say they were researching worms.