Baking In A Tornado

The Sadder But Wiser Girl

Deanna - For some reason she can't say shopping cart. It always comes out at sharping cot.

Deanna - Apparently she had her shirt on backwards after getting out of the shower. She was quite put out when Cailey told her.

Deanna and Colin having a conversation about elves:

Deanna - Well, no. I guess they work in shifts so they can go home to their families.

I was telling the kids about Elf on the Shelf.

Cailey - Why would we want that??? That's creepy!! I don't want some elf spying on me and making messes!!! Why would I want that????

Cailey - What are kindness elves??

Me - Sort of like Elf on the Shelf but instead of getting into mischief they help you do nice things for others.

Cailey - What kinds of things?

Me - Well, they might ask you to bake cookies for friends and neighbors or donate toys to kids that don't have very many.

Cailey - Well, we have you for that. You do that stuff all the time.

Colin - Do you know what your poop smells like?

Deanna - Well, do YOU know what YOUR poop smells like?

Colin - NO, Deanna! I don't just go around smelling my poop! What do you take me for?

So, we were changing our Christmas tree from the old stand to the new stand. The reason for this was that we thought there must have been a hole in it since the presents were wet and the tree was dying.

I went to pull the old stand out so the guys would have more room and I turned it sideways.

The old stand did NOT have a hole in it. It still had water in it which then went alllll over the floor and The Hubby.....

I was trying to read something on my laptop and couldn't figure out why it was so blurry.

I can't remember exactly how the conversation started but I know it went something like this.....

I was talking about all the weird illnesses that go around schools (my oldest 3 went to public school for a while).

Joshua says - Oh, yeah.. What about this weird red mark on the back of my neck?

Me - That's called a stork bite and it's been there since you were born.

Deanna was rubbing The Hubby's feet for him after a hard day.....

Deanna - I think you have a bloody booger on your toe.

The Hubby - WHAT??? That's General's Chicken! I kicked the box.

I laughed so hard that I couldn't breathe.

Deanna - So, what did you ask Santa for?

Colin - A Creeper. A MINECRAFT Creeper, not a weird guy that sneaks around. 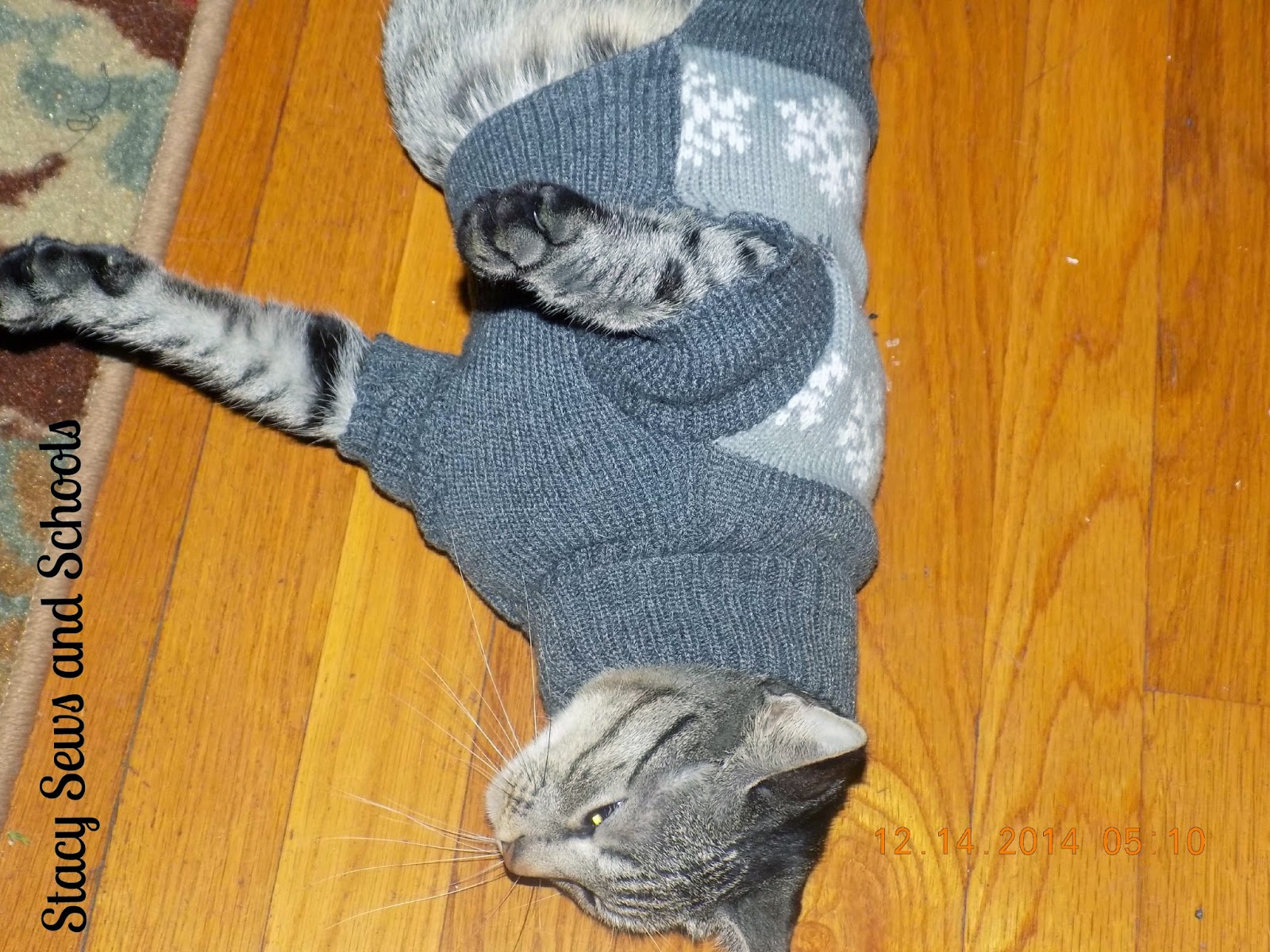 Deanna bought Cloud a sweater. I don't think she likes it... What do you think??

Sooo, we think our van might be possessed. Sometimes the windshield wipers come on by themselves. With the van off. While I am standing out side of it. Holding the keys. Yeah.....

So I made this the other day - 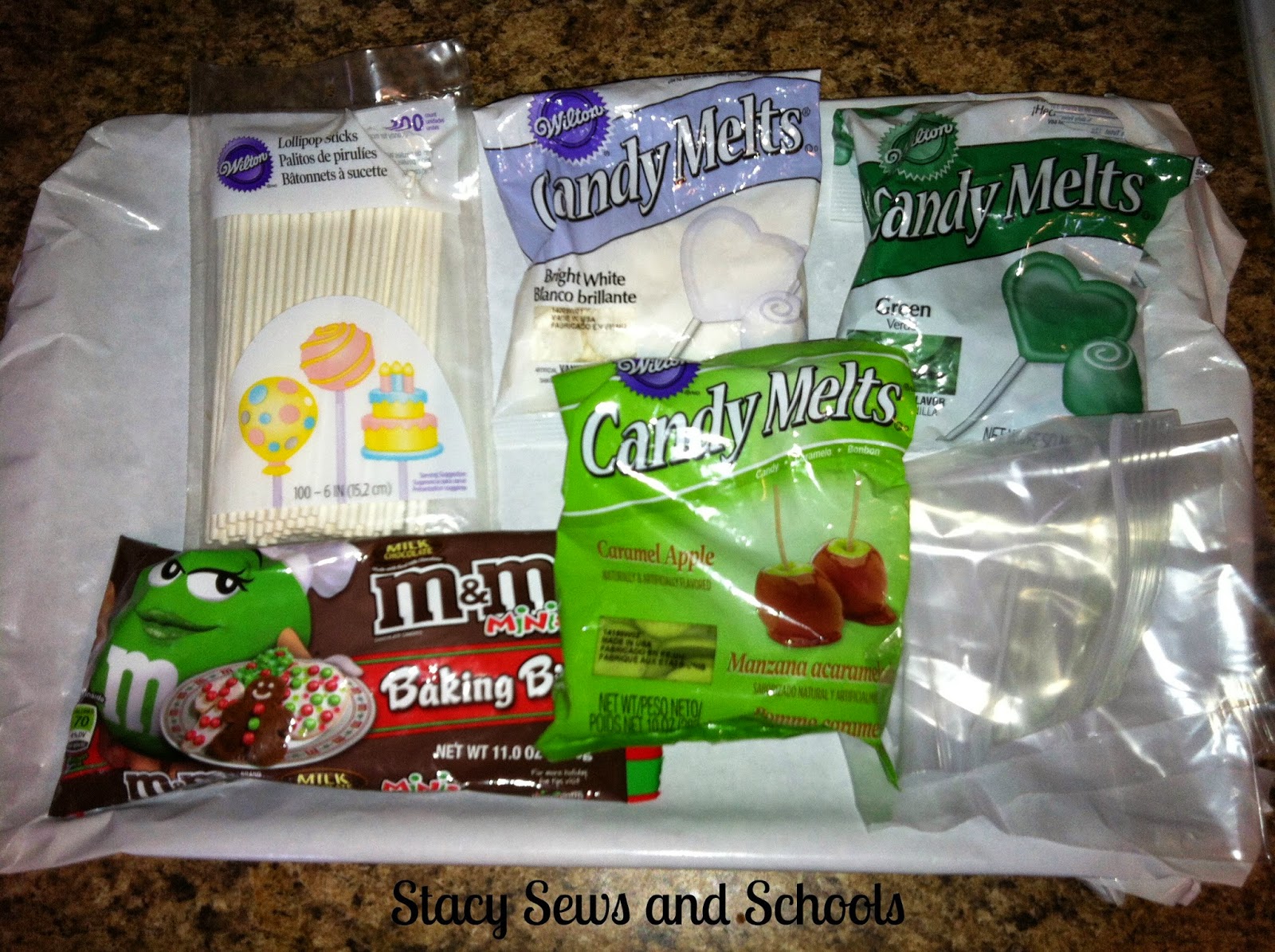 That's what I used. 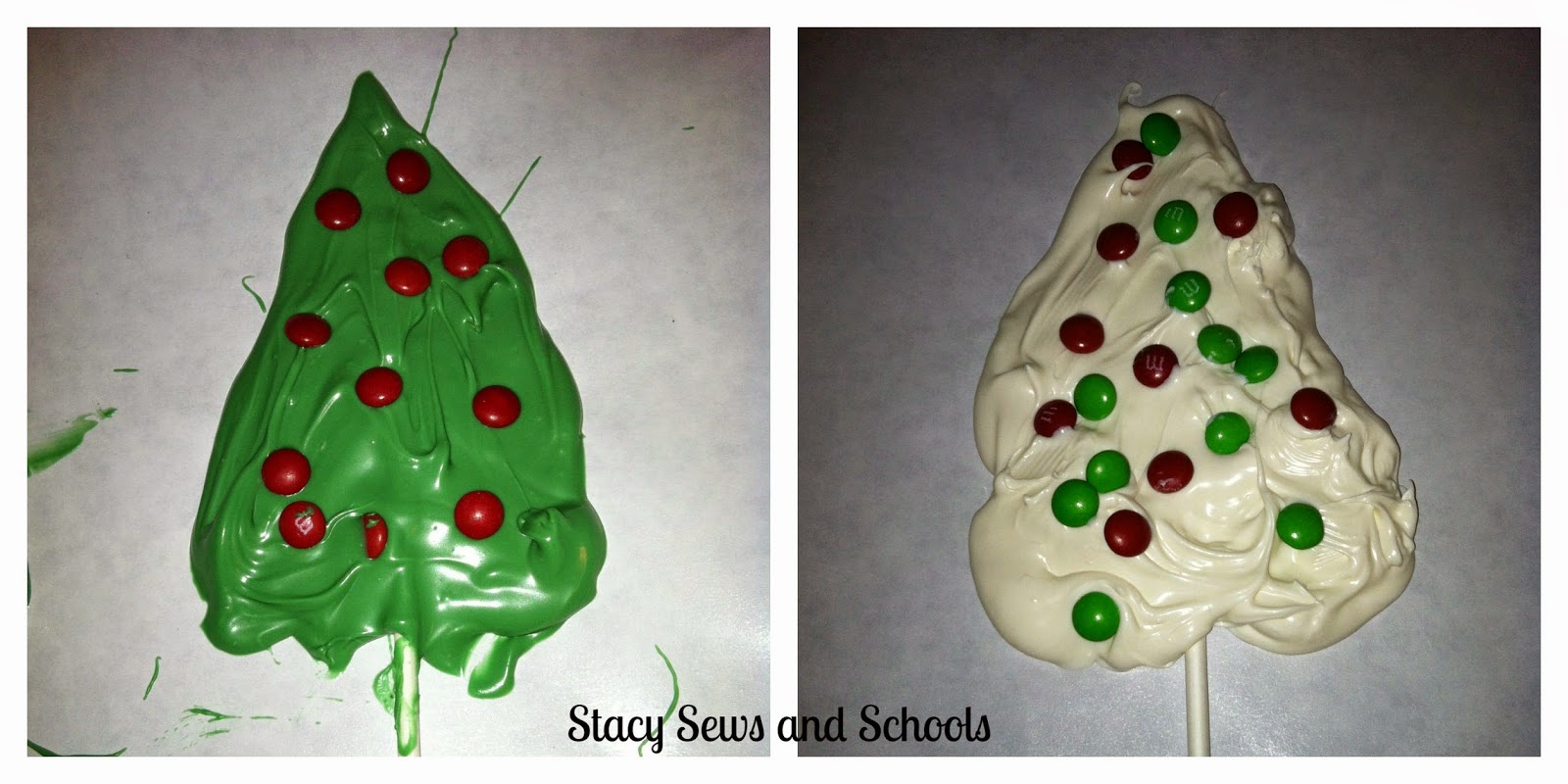 This is what happens if the bags aren't full.... Just trying to keep it real. LOL

I got the idea from Karen at Baking in a Tornado. She made these lovely Holiday Trees. I wish I had stuck to her idea! LOL  It was FABULOUS!!! Mine, not so much. ;)

CHECK OUT ALL THE OTHER POSTS!! You don't want to miss out!!!